Discover our favourite destinations from urban centres to natural beauty

Dresden is a city brimming with musical history, from the house where Wagner wrote his Lohengrin opera and the street where a popular violinist was murdered on a tram, to a hall where Mozart once played for the king. Guide and cultural historian Christoph Münch set out to find the city’s forgotten musical past and collected them in his book “Dresden – 500 Places of Music”. Also of interest is the important role the railways played in the city’s cultural and musical development.

Parc Floral: a green oasis on the outskirts of Paris

It might seem hard to believe, but in a metropolis like Paris you really don’t have to go far to recharge your batteries in the countryside. Simply jump on the underground or the regional RER. To the east of Paris lies a large wooded area called the Bois de Vincennes, and while many tourists to Paris do find their way here, few visit the fantastic flower park also located here.

8 railway stations in Germany you should visit

There’s a reason why a city’s railway station is often its most iconic landmark. Sure, its grand design or architectural innovation helps to form your first and last impression of your destination, but it’s also the stories it tells that draw you in, the people coming and going, the family reunions, the emotional farewells.

The ruins of Kostrzyn – Poland’s Pompeii on the Oder

Walls protrude from the tangled undergrowth. Cobblestones cut through the grass with kerbstones delineating old pathways and tracks. Ahead, steps spiral up to what once must have been a grand doorway. A stone plinth stands empty, the statue it once held long since disappeared. Then another plot, this time with a cross – presumably the remnants of an old church. Opposite it, a staircase leads to a former fort. You can still see a tiled bathroom, a relic from a bygone era.

In the early hours of April 16, 1945, the 2.5 million strong Soviet Army began its assault on Berlin in the hope of defeating Nazi Germany once and for all. After 16 days of heavy fighting and at times even hand-to-hand combat, 200,000 soldiers and civilians had lost their lives and much of the city lay in ruins. Despite the devastation, several landmarks and battle scars still survive today scattered across Berlin, serving as an important reminder to the last major offensive of the Second World War in Europe.

The air is thick with cinnamon and cloves, roasted almonds and sweet pastries. Artisans busy themselves selling handmade decorations and handicrafts to curious shoppers. There’s stollen (a traditional sweet bread filled with candied fruits) to fortify you and hot mulled wine to warm you up. The Silesian Christmas Market in Görlitz is full of festive cheer, but Germany’s easternmost town is steeped in history and there’s a lot more here to discover.

Hannover – 5 reasons to hop off the train and explore

Hannover is a major city and cultural hub in northern Germany located on the route between Amsterdam and Berlin or Munich and Hamburg. Famous for its trade fairs and its royal house, Hannover is often overlooked as a destination but at our loss. Here are the top 5 reasons why you should hop off in Hannover and get discovering.

Dreaming of a green Christmas 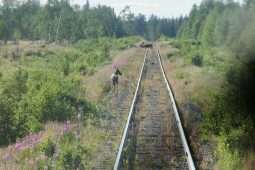 Railtripping to the Arctic Circle 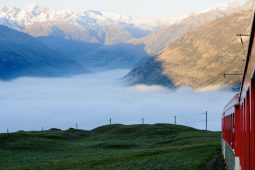 To the source of the Rhine by train and bicycle 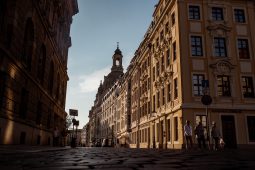 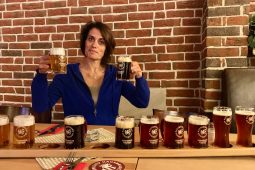 This website uses cookies to improve your experience while you navigate through the website. Out of these cookies, the cookies that are categorized as necessary are stored on your browser as they are as essential for the working of basic functionalities of the website. We also use third-party cookies that help us analyse and understand how you use our website. These cookies will be stored in your browser only with your consent. You also have the option to opt-out of these cookies by choosing the options below. Opting out may have an effect on your browsing experience.
Necessary Always Enabled
Necessary cookies are absolutely essential for the website to function properly. These cookies do not store any personal information.
Functional
Functional cookies help to perform certain functionalities like sharing the content of the website on social media platforms, collect feedbacks, and other third-party features.
Performance
Performance cookies are used to understand and analyze the key performance indexes of the website which helps in delivering a better user experience for the visitors.
Analytics
Analytical cookies are used to understand how visitors interact with the website. These cookies help provide information on metrics the number of visitors, bounce rate, traffic source, etc.
Advertisement
Advertisement cookies are used to provide visitors with relevant ads and marketing campaigns. These cookies track visitors across websites and collect information to provide customized ads.
Others
Other uncategorized cookies are those that are being analyzed and have not been classified into a category as yet.
SAVE & ACCEPT