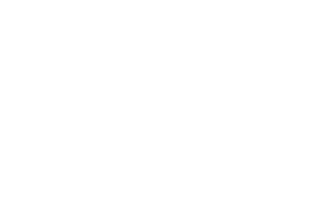 Exploring Amsterdam through the eyes of the homeless

They say you can’t properly understand someone until you’ve walked a mile in their shoes. And while this saying might be overused to the point of being trite, I think we can all agree that a little more empathy in the world would go a long way to bridging the gaps in our increasingly polarised society.

With this on my mind, I decided recently to join a walking tour of Amsterdam, but a walking tour with a twist. Part of a growing trend for travellers around the world, Amsterdam Underground provides tours of the Dutch capital led by former drug addicts and rough sleepers who share their experiences of homelessness and addiction and help shine a light on a side of the city that’s too often overlooked.

Amsterdam Underground is a cooperative of which each guide has ownership. The initiative is run by The Rainbow Group, a Dutch organisation that supports people living in poverty – from homeless people to those suffering from drug and alcohol addiction. They provide walk-in centres, buddy projects and mental health support with the ultimate goal of reintegrating people into society.

A two minute walk from Amsterdam Central Station we meet our guide for the morning, Michel. There are 10 of us on the tour, mostly undergrads from across the Netherlands – students of criminology, social care, even a man from Belgium researching the city’s deepening housing crisis. Then there’s me, from Railtripping, eager to learn something new about a city I’ve lived in for so many years.

We learn that Michel used to live on the streets of Amsterdam’s red-light district in the ‘80s and ‘90s. As we walk, he shares with us the story of how he became addicted to drugs at a young age. He shows us where he used to buy and use drugs, and how he’d hustle money to feed his addiction.

“I feel awful about the crimes I committed because of my addiction,” he says. “But I’m proud now to be able to give something back to my neighbourhood by doing these tours, to educate others and raise awareness.”

As we continue, I realise that I’ll never truly be able to walk a mile in his shoes. The opportunities he’s had (or lack thereof) and the circumstances he’s found himself in, I’ll likely never experience myself. But that fact doesn’t stop me from walking alongside him, listening to his stories and trying to understand his perspective. Empathy is, after all, seeing things through the eyes of other people.

Along our way, we pass the notorious Bureau Warmoesstraat, a former police station in what used to be Amsterdam’s most dangerous neighbourhood in the ‘70s and ‘80s. We stop in front of the PIC, the Prostitution Information Centre, where sex workers have access to all kinds of information and support. We also pass a needle exchange at Princehof, opened to stem the tide of HIV in the ‘80s, and Nieuwemarkt, where a dinner is held for the city’s homeless each New Year’s Day.

De Wallen, the area of Amsterdam we find ourselves walking around today, is not an area I often come to. It’s the city’s largest and best known red-light district, and it’s where a lot of the coffeeshops and sex shops are located. To say that over-tourism is a nuisance here would be an understatement. As a result, it’s not a place that locals tend to hang out in. But hearing Michel’s stories of social outreach, community spirit and compassion for marginalised people moves me. Until now, I perhaps never fully appreciated just how important this area is and always has been to so many people.

Seeing my city through new eyes was both enlightening and humbling, in equal measure. It’s surely an invaluable experience to understand the perspectives of some of the most disadvantaged groups in society and find empathy for them. Only then are we realistically going to be able to tackle the social factors that end up in homelessness and drug addiction.

We end the tour at the Brouwerij de Prael, a fantastic brewery that employs people who face obstacles entering the job market. I can think of no more fitting an end to our eye-opening tour than a beer at a brewery that promotes social sustainability.

Starting point: Café Dwaze Zaken, a 100-metre walk from Amsterdam Central Station. Each walk lasts 90 minutes and can accommodate up to 14 people. It costs €12.50 per person. Due to its nature, the walk is not suitable for children under the age of 12.

You can book a tour via the Amsterdam Underground Tour website.