The tiny red and white trains of the narrow-gauge Pinzgaubahn make their way slowly through Austria’s Pinzgau Valley for 53 km. Villages and picturesque churches dot the landscape as you head towards one of the highlights at either end of the line – the Zeller See and the famous Krimml Waterfalls, the highest in central Europe.

Let yourself be enchanted by thick forests and winding valleys, mountaintop castles and riverbank vineyards on this adventurous rail journey across central Europe.

From D-Day to freedom, by train

May 8, 2020, marks the 75th anniversary of the surrender of the Wehrmacht in Berlin, which brought the Second World War to an end in Europe. As the last remaining witnesses to these dark pages of history pass away, many places of reflection and commemoration are only gaining in significance.

In the early hours of April 16, 1945, the 2.5 million strong Soviet Army began its assault on Berlin in the hope of defeating Nazi Germany once and for all. After 16 days of heavy fighting and at times even hand-to-hand combat, 200,000 soldiers and civilians had lost their lives and much of the city lay in ruins. Despite the devastation, several landmarks and battle scars still survive today scattered across Berlin, serving as an important reminder to the last major offensive of the Second World War in Europe.

When Greta Thunberg sailed across the Atlantic on board a zero-carbon yacht to demonstrate her commitment to cutting CO₂ emissions, she took the world by storm. Her actions helped to raise global awareness of the growing climate crisis and encouraged many to re-evaluate how they travel. ‘Flight shaming’ soon entered the lexicon and the ‘Greta effect’ well and truly took off. 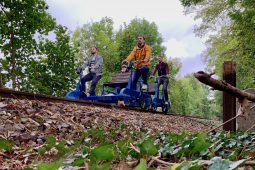 Tracks through time: rail biking on a disused railway 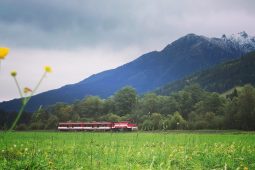 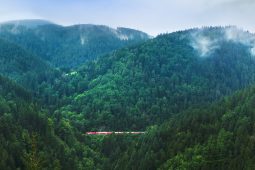 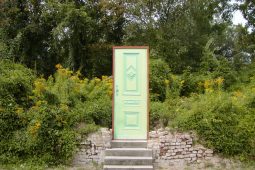 The ruins of Kostrzyn – Poland’s Pompeii on the Oder 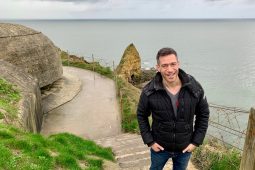 From D-Day to freedom, by train